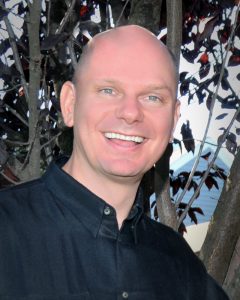 Charting the Course through Demographic Change

Who is John Maketa?  John is uniquely licensed to use Ken’s demographic research for his keynote presentations.  John’s background is in the world of workforce development.  John is a Fellow and Advisory Board Member of The Work Institute and a guest lecturer at the Fox School of Business at Temple University. In 2013, he was invited as a subject matter expert to participate in the Global Digital Innovation Initiative at the United Nations General Assembly. John is a co-author of the bestselling book,  “Now You’re Thinking!”  and a research analyst of the 2014 EDA Trends in Executive Development Benchmark Report. John is a power walker who lives in Pennsylvania with his Generation X wife Lisa and Generation Y son Jack. 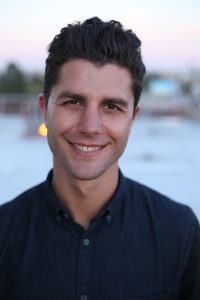 What do you want to do before you die?  Ben Nemtin, star and co-creator of MTV’s “The Buried Life”, has joined KGC Direct, LLC. For those of you who have heard Ken Gronbach speak, you know that Ken’s perspective is macro, big picture, 30,000 feet. You also know that Ken’s belief that the monster, 86 million Generation Y, born 1985-2004 could be the best generation ever born in the United States.  Ken and Ben Nemtin had the good fortune of speaking together in Minnesota and that’s when Ken realized that Ben’s perspective of Generation Y married with his own. Ben was a real life, deep dive into Gen Y, with endless examples of living proof of why this generation was so special. Ben’s presentation complements Ken’s. They aren’t mutually exclusive. Hire Ben to speak about the merits of Generation Y but be prepared for a roller coaster of emotions as the authentic value of this Generation is borne out in real life drama.  Ben and his friends started “The Buried Life” in their parents’ garage in 2006. They made a list of ‘100 things to do before you die’ and for every list item they accomplished, they helped a stranger do something on their list. Ben’s fame stems from creating the famous “The Buried Life” MTV show and from writing the #1 New York Times Bestselling book “What Do You Want To Do Before You Die?”  In addition, Ben has been a guest on the Oprah Winfrey Show, spoken at TedTalks, played basketball with President Obama and is in the Guinness Book of World Records. There will be no dry eyes in the house during this thought-provoking, hilarious, and inspirational presentation. The talk is real and it demonstrates the true power of people, the true power of Generation Y. Let Ben share his signature ‘6 Steps to Crossing Anything Oﬀ Your Bucket List’ and leave inspired to share and accomplish your dreams alongside Gen Y!

Why is demography important?

As waves of generations are born and age, our fortunes and futures are determined.

Demographer, Futurist and Author Ken Gronbach makes clear how America’s Baby Boomers, Generation X, Generation Y and other countries’ age curves interact to create the opportunities and challenges of the world we live in today, and what the future will bring for people, profits and the planet.